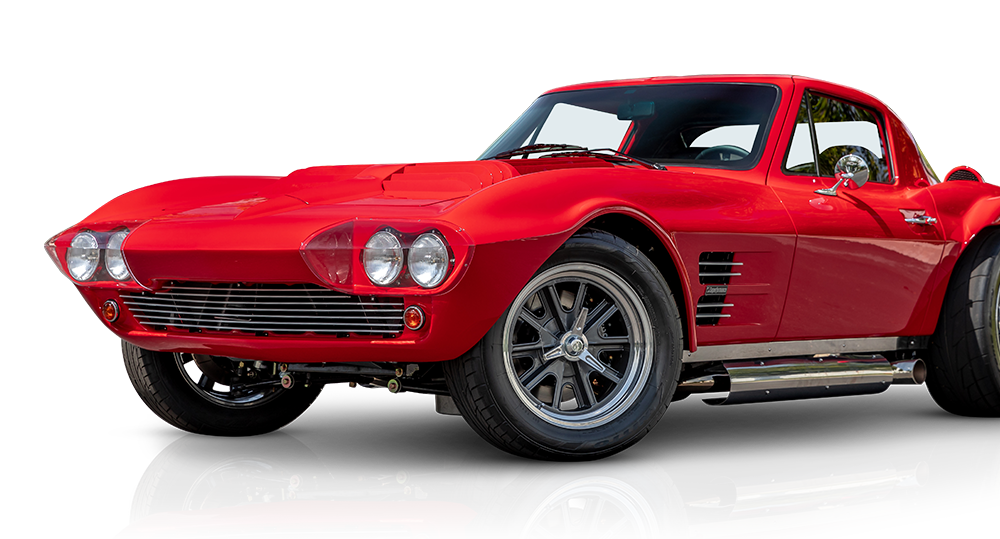 In late 1962 Chevrolet chief engineer Zora Arkus Duntov set out to build a production run of 125 purpose built Corvette racecars with the ultimate goal of winning the GT class at the 24 Hours of LeMans. Under the leadership of Duntov, the lightweight Chevrolet Grand Sport Corvettes gave the racing Ford 427 Cobras of Carroll Shelby stiff competition in 1963.

General Motors executives cancelled the project after only 5 cars were built, and ordered that the cars be destroyed. Fortunately for us, Zora put away the first 2 cars, and the remaining cars were sold to Alan Sevadjian, Delmo Johnson and Jim Hall (of Chaparral racing fame). Remarkably, all 5 original Grand Sport Corvettes still exist today.

Superformance has worked with General Motors, Chevrolet and Duntov to bring the Corvette Grand Sport to today’s performance car enthusiast. The car can be completed with either big block or small block power, and is available in both roadster and coupe version.

The Corvette® Grand Sport is built under license from General Motors Company.